Great Bridal Expo® is the nation’s leading direct to the consumer wedding show and resource with nearly 40 years of event production throughout the continental United States.Formed in 1978 by William F. Heaton, III (an attorney and entrepreneur), Great Bridal Expo® has become the premier national consumer SHOW in the US.

Its nationally sponsored tour criss-crosses the US, visiting major US cities & reaching tens of thousands about-to-be-marrieds, their families and friends actively involved in the wedding planning process.

The event occurs in large, upscale hotels and convention centers and follows a trade show format. Couples experience everything for the wedding, honeymoon & home. Additional features may include a New York Style Bridal fashion show, orchestra and DJ presentations, and aisle-after-aisle of exciting and informative exhibits.

When it comes to reaching these couples, face to face at a live event is where it’s at.

Bill Heaton is the founder and CEO of Great Bridal Expo® Group, Inc. A motivational speaker and business coach, Bill has conducted numerous seminars to help bridal show exhibitors get the most from their bridal show experience. He is also a licensed attorney, a member of the American Bar Association, and holds a J.D. degree from Creighton University School of Law and a B.A. from St. John’s University, N.Y.

Bill is also a charter member and currently the past Managing Director of Bridal Show Producers International (BSPI), an organization dedicated to helping its members produce professional bridal shows. BSPI members, which include both bridal show producers and wedding-related service providers, adhere to the highest standards in bridal show production, value community responsibility and awareness, foster open communications, develop supplemental resources, and honor integrity and inspiration in a cooperative environment of support and camaraderie. Members are from around the world, including the U.S., Canada, Europe and as far away as New Zealand.

In 2009, Bill received the Spirit of BSPI award, which honors BSPI members who give of themselves “above and beyond” to the organization. In 2012, Bill was named Managing Director of the organization for 2012-2014, and also received the coveted Director’s Cup award, which recognizes the industry’s most outstanding bridal show producer. The award is the highest and most prestigious recognition given in the industry, and honors producers who demonstrate professionalism, character, integrity, and performance. 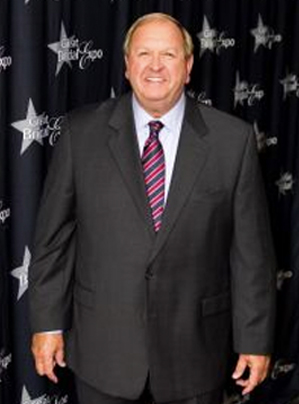 Thank you for your interest in Great Bridal Expo®!

Our corporate office is open Monday to Friday, 9 a.m. to 5 p.m. EST